Putin's one word sows panic among US journalists

Vladimir Putin sowed panic and turmoil among American journalists after he promised to expose an audio recording of the talks between US President Donald Trump and Russian Foreign Minister Sergei Lavrov in the Oval Office. It goes about only a transcript that the Americans probably have too,  but the very word "recording" made the latter shudder as well, CNN reports. 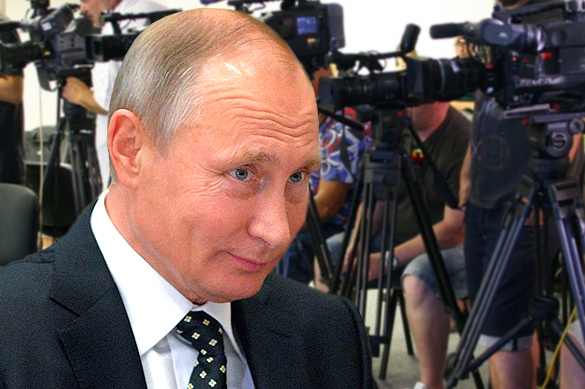 The subject about the recording was raised in the context of the discussion about secret information, which Trump allegedly conveyed to Putin through Lavrov. The Russian side denies the allegation  and refers to the fact that there was a stenographer in the office who was recording the conversation.

The statement about the delivery of secret information made President Putin smile. "We'll have to somehow punish Sergei Lavrov, the foreign minister, because he did not share those secrets with us," Putin joked.

Earlier, Vladimir Putin commented on the scandal that erupted in the United States following Sergei Lavrov's visit to Washington. The head of state joked that Lavrov had not shared the secret information either with Putin or with special services. Putin also said that the scandal with that secret information was an act of "political schizophrenia." The people who "rock the domestic political situation in the US" under the guise of anti-Russian slogans are "either stupid or dangerous," the Russian president said.