Su-27 flies too close to USA's patrol aircraft near Crimea

A Russian Su-27 fighter jet flew very close to a P-8A Poseidon patrol anti-submarine aircraft of the US Navy. The distance between the two aircraft was about six meters, NBC reported with reference to sources in the US navy. 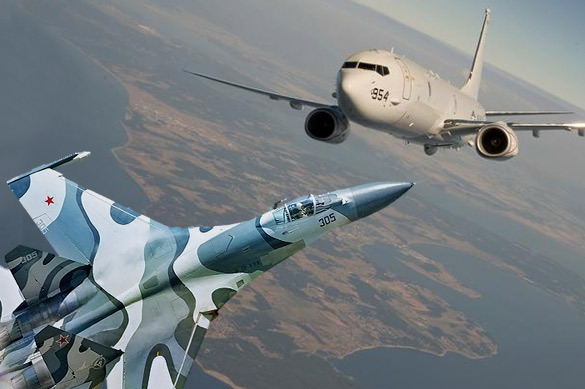 The incident occurred on May 9, when the Poseidon was making a patrol flight over the Black Sea. The commander of the American aircraft assessed the actions of the pilots of the two aircraft as professional and safe.

In the autumn of 2016, reconnaissance aircraft P-8 Poseidon, with its transponders off, tried to approach the state border of the Russian Federation over the Black Sea twice. As Defenсe Ministry officials said then, Russian fighter jets tried to approach the reconnaissance aircraft for visual identification. However, the US aircraft sharply changed their course and flew away to the side opposite to the Russian state border.