The Russian Defence Ministry will take retaliatory measures in response to deployment of the US missile defence. These measures are forced and directed at prevention of the power balance disruption and minimization of damage to Russia's security. 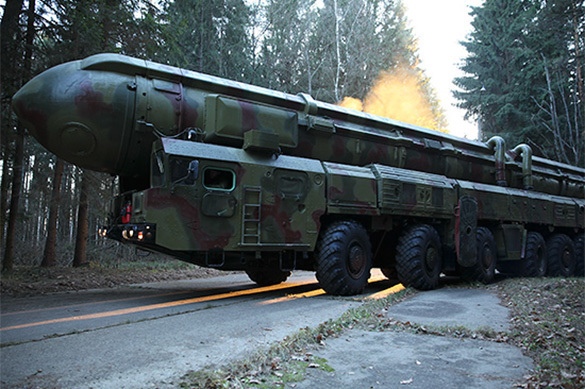 'After the US withdrew from a treaty on missile defence, the Russian representatives have explained several times how detrimental consequences may be in case strategic stability is destroyed, which is based on creation and deployment of a global missile defence system. At the same time, ways on solution of the problems connected with deployment of the American missile defence are being looked for,' Viktor Poznihir, Deputy Head of the Russian General Staff Main Operations Directorate, claimed.

'Missile defence is a symbol for building-up potential of missile means throughout the world and thus provoke a new armament race,' he noted, pointing out that Russia has proposed to carry out joint analysis of risks and threats, in order to 'estimate which missile defence would be reasonable and would not pose prerequisites for a new armament race in the strategic sphere'. So, a joint US-Russia missile defence should have been deployed in Europe. However, all the Russian initiatives have been refused, Viktor Poznihir said.

Given this, Russia has to take adequate retaliatory measures taking into account further built-up of the US missile defence. But the world will not become safer as a result, the military noted. As he highlighted, Russia 'calls to an equitable and constructive dialogue on missile defence, aimed at search of solutions, which would take into account interests of all the concerned parties'.