Residents of the city of Severomorsk solemnly greeted the crews of the Russian aircraft carrier Admiral Kuznetsov and heavy nuclear missile cruiser Peter the Great (Pyotr Veliky). The vessels have thus returned to their base from Syria. 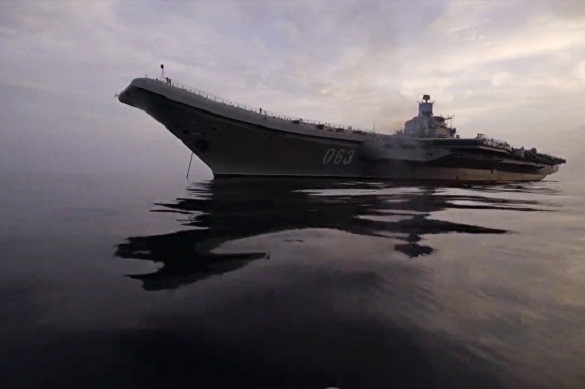 The servicemen, who took part in operations to combat terrorism in Syria, lined up for a ceremony in the hangar of the aircraft carrier, where they were greeted by Commander-in-Chief of the Russian Navy Admiral Vladimir Korolev and Commander of the Northern Fleet, Vice Admiral Nikolay Evmenov.

During the long voyage, which began on October 15, 2016, the naval aircraft carrier group led by the heavy nuclear-powered cruiser Peter the Great traveled for 18,000 nautical miles.