Russia to use combat experience in Syria to create new weapons

Defense Minister of the Russian Federation Sergei Shoigu said that Russia's modern armaments have demonstrated their reliability and efficiency in operations in Syria. 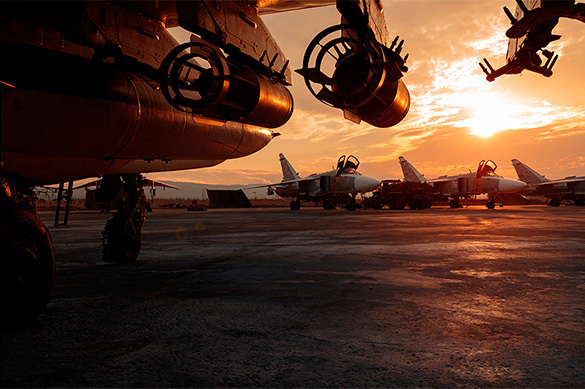 "Many modern domestic samples of our arms have been tested in difficult conditions of desert terrain and have generally demonstrated their reliability and effectiveness," the minister said at the military-technical conference devoted to the improvement of weapons in view of the Syrian experience.

Russian armed forces have been conducting combat missions in Syria for a year already, Shoigu said. "During this time, we have managed to stabilize the situation in the country, liberate a significant part of its territory from international groups of armed terrorists and organize the work of the Russian Center for Reconciliation of the warring parties," the head of the Russian Defense Ministry said.

"During the operations of the Russian Aerospace Forces, we have received practical experience in using high-precision long range weapons from surface ships and submarines from the waters of the Caspian Sea and the Mediterranean. Strategic aircraft used new air-launched X-101 missiles in a real combat situation for the first time. The range of the missiles reached up to 4,500 kilometers," said Shoigu.

According to the Russian Defense minister, the experience that the Armed Forces of the Russian Federation gained during operations in Syria, should be taken into account in the development of new weapons.

"Now we work on new weapons, and it is important to use the combat experience in Syria in the development of new arms before they are passed into service," Shoigu added.

Noteworthy, on 6 October, Chief Designer of the Central Design Bureau (part of Russian Technologies Corporation) Alexander Khomyakov told reporters that air defense missile complex "Pantsir-SM" will be able to strike targets at a distance of up to 40 kilometers. The upgraded version of the complex will thus become twice as more powerful and efficient as the present modification.

The sighting range of the current "Pantsir-C1" missile system is about 20 kilometers. The new complex will also be able to detect targets at a distance of 75 kilometers, while the current one - 40 kilometers.