NATO loses southern flank because of Russian base

Russia plans to turn Khmeimim into a full-scale military base in Syria. A permanent contingent of the Russian Aerospace Forces will be deployed there, Franz Klintsevich, deputy chairman of Defense and Security Committee of Russia's Federation Council claimed. 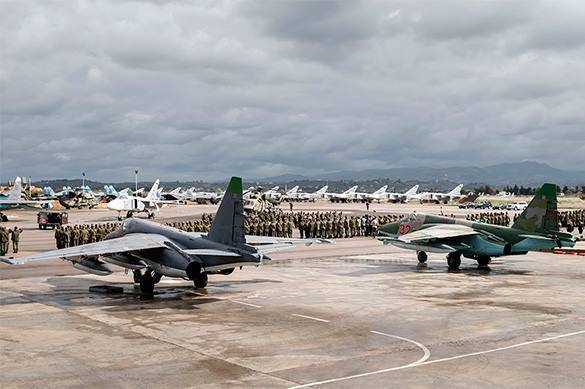 Mikhail Aleksandrov, leading expert of the Center for Military and Political Studies at MGIMO, told Pravda.Ru about details of the future base.

According to the expert, 'this base will be of high strategic importance in the Mediterranean. Apart from helping Assad in combating international terrorism, it will have a long-term significance. We had no aviation in the Mediterranean though, and the US air group which regularly flies there, will pose a serious threat to our fleet. The NATO can carry out operations in the eastern Mediterranean as well from its bases in Italy. Our relations with Turkey have been normalized, but we can't be confident about the future. Thus, this military base will secure presence of our military aviation in the region, and essentially influence the power balance in the Mediterranean between Russia and the NATO. It will significantly hamper NATO's operation against Russia in case of a big war. So, this base is undoubtedly an important element in our future military strategic efforts'.

Aleksandrov specified that there will be deployed air defence systems. 'Missiles like Iskander or cruise missiles, which are capable of striking targets at a distance of 500km, as well as the Su-34 and SU-35 may be also deployed.'

What about bases with the same potential in the region, the expert said that 'the Americans have no such permanent bases there. Israel is an ally of the US, but it will hardly support NATO in case of a conflict between Russia and the NATO. It will most probably not allow the US to use its territory for combat acts. The US may have some air field in Jordan, but it's just of temporary use.

Turkey has an air field in Incirlik, but I don't think that Turkey will be interested in waging war with Russia after all. What is more, it will be at the cutting edge of Russia's main strike. And the US base in Italy is quite far away.

Thus, along with the naval base in Tartus we would be able to control the whole Mediterranean, and pressurize the southern flank of the NATO,' Mikhail Aleksandrov concluded.