Europe is blaming Russia for all the problems that the EU is facing, the US administration makes a good face on a bad game, setting claims to almost every country that does not support the US-led politics. How long will it last? Pravda.Ru editor-in-chief Inna Novikova discussed these problems in an interview with Director of the Center for Strategic Communications, Dmitry Abzalov. 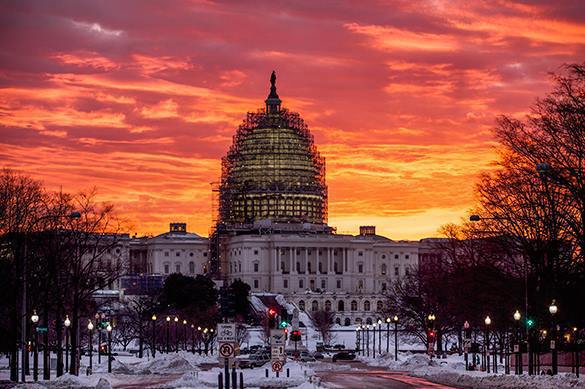 "The Europeans accuse Russia of killing civilians in Syria, Merkel said that she was shocked with the number of casualties. They say such things without providing any evidence at all. Why are they doing it?"

"The answer to that is simple: Aleppo is the key to the Syrian conflict. Taking Aleppo under control in Syria is like "restoring law and order in New York City" for the United States. When Aleppo is taken, both ISIL and Jabhat en-Nusra will weaken considerably, and Assad will receive an opportunity to conduct much more efficient negotiations about the regulation of the Syrian conflict.

"The closer the capture of Aleppo is , the more active European officials become. It would mean for them that it is Russia that has solved the Syrian problem. In this case, the EU will have to conduct talks with Assad, or Assad takes full control of the entire territory otherwise.

"Merkel doesn't want to see Russia as the country that solves the Syrian problem. There are German troops in the region, but they have not been able to achieve there anything. They could only increase the number of refugees to Europe."

"At the same time, they claim that people are fleeing Syria because of the Russian operation in the region."

"The refugee crisis peaked in the summer of 2015, i.e. before the start of the Russian operation in Syria. In addition, the majority of refugees goes to Europe from Libya, rather than Syria. The Europeans should recollect who was advocating the liberalization of Libya, where we can now see two capitals and two armies fighting each other. Daesh currently controls 60 percent of the territory of Iraq. In Afghanistan, the Taliban is back. Where is the Russian trace?

"German troops took part in the war in Afghanistan, France was the main initiator of the defeat of Libya, the US supposedly pulled out its troops from Iraq, and now Daesh controls 60 percent of its territory. These are the main problems, but Merkel is trying to shift the blame on Russia. The EU is unable to handle 20 million refugees. The problem of refugees has always been actual for the European Union. Instead of looking into the problem, Europe is opening its doors for those running away from fire. Why not put the fire down instead?

"In the West, there is a monopoly to resolving conflicts in the world. If something needs to be down in the Middle East, it can not be done on either the German or the French scenario - it should be done the way the USA says. France and Germany only support the decisions that the Americans make.

"Just try to imagine what is going to happen if China solves the conflict in the Middle East. In this case, China becomes another point of force. As we can see, the Russian Federation is capable of solving the conflict in Syria. Why should anyone execute USA's projects? The wars that we can see today are the wars for political projects. Libya, Syria, Iraq, Afghanistan - none of these conflicts have been settled, and the flame of war keeps burning. If Washington claims responsibility for international security, it is doing its jobs very poorly."

"China appears to be the winner in so many stories."

"China works from the standpoint of soft power. China has always said that the Syrian opposition could conduct talks in Beijing. Washington has been desperately trying to seize the initiative, but it does not have economic opportunities for that. In fact, the confrontation with Russia costs the USA a lot. It actually undermines America's global dominance. An increasing amount of countries already think of the ways to build their own financial systems."

"Iran has said that it would not be selling its oil for US dollars."

"That's the right thing for Iran to do, because the country mainly exports oil to Southeast Asia. For Washington, it is vitally important not to lose its face in all the fights in Syria, Ukraine and so on.

"As time comes, everyone will forget the crisis in Ukraine, what Nuland, Obama and Kerry were saying during this crisis. All that will be forgotten, just like Georgia and Iraq were. Syria is much more serious. Global leadership is challenged at the time when the leader makes a step back."