Moscow is preparing for any development in Syria, and remains determined to increase its military presence there. In particular, the General Staff of the Russian Armed Forces decided to test the state-of-the-art Su-35C in combat conditions in Syria for the first time, the Kommersant newspaper reports with reference to a source in the operational control of the Russian defense administration. 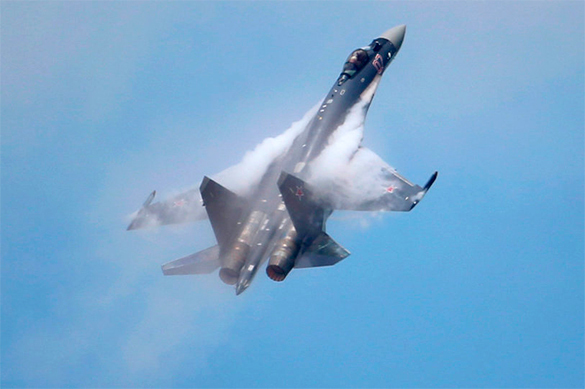 Most likely, it goes about four airplanes that the Russian Air Force received in October-November of 2015. The aircraft originally joined the 303rd Composite Air Division in the Eastern Military District before they were moved to Astrakhan.

A few days ago, the Su-35s took off from Astrakhan and flew across the Caspian Sea and the airspace of Iran and Iraq to land in Syria's Latakia. Now, the group of the Russian Air Force at Hmeymim airbase counts more than 70 airplanes and helicopters.

Russia started the anti-terrorist operation in Syria in late September of 2015.

Su-35C is a single-seat 4 ++ generation fighter jet equipped with an onboard radar station with a phased antenna array. The jet has thrust vector control engines. The advanced reinforced glider guarantees 30 years of service life.