One of the flight recorders of the Russian Su-24 bomber plane that Turkish Air Force shot down over Syria was found, Pravda.Ru reports with reference to LifeNews. 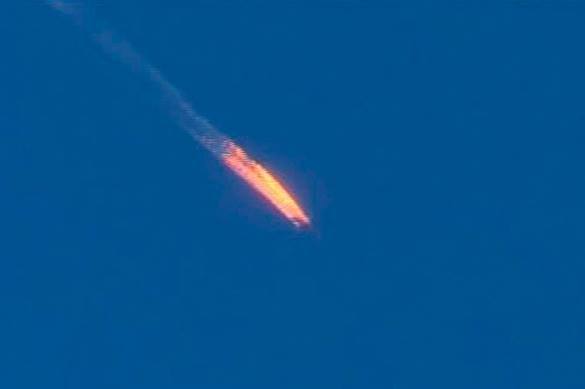 On November 24, a fighter jet of the Turkish Air Force shot down a Russian Su-24 in Syrian  airspace Sirii. One pilot was killed as he was parachuting down, the other one survived and was delivered to Russia's Hmeymim airbase in Syria. A Russian marine was also killed in the operation to search for the pilots.

The analysis of the black box of the downed Russian aircraft will be conducted in cooperation with foreign experts. Russian President Putin ordered Defense Minister Sergei Shoigu to open the flight recorder in foreign inspectors' presence. Shoigu showed the parametric recorder to Putin in his residence in Novo-Ogaryovo.

"As far as I understand, the flight recorder will give us the opportunity to understand the trajectory of the Su-24 from the moment of its take-off to the moment of the crash. Therefore, we will be able to understand where the aircraft was and where the Turkish Air Force conducted its treacherous strike. In any case, we should invite everyone who wants to participate in this work."

"Yet, whatever we might learn, will not change our attitude towards the act of the Turkish authorities. We considered Turkey not only a friendly country, but also as an ally in the fight against terror, and no one expected such a despicable, treacherous stab in the back," Putin added.

According to Putin's official spokesman Dmitry Peskov, it will be up for the Russian Defense Ministry to decide what experts will be allowed to analyze the data of the Su-24 flight recorder.

Peskov also said that Putin did not give any directions about the participation of Turkish inspectors in the analysis of the data of the Su-24 flight recorder. "All the details will be specified by the Defense Ministry, he added.