Russians think of Russian Army as one of world's best

An interactive survey of the Russian Public Opinion Research Center showed that during the past 25 years, most Russians have developed greater respect for the national army. 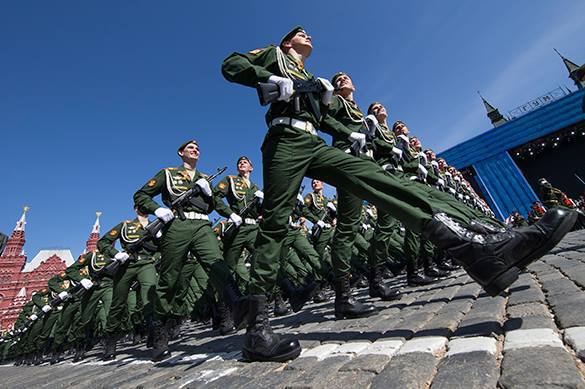 The research revealed that Russian people have become less fearful of a military threat from the outisde (43%). Fifty-three percent of the polled said that the USA remains Russia's potential military provocateur. The researchers note that the assessment of the combat capability of the Russian Armed Forces has changed greatly over the last 25 years.

Also read: The Red Army is the strongest, greatest, invincible

In 1990, only five percent of Russians considered the Soviet army the strongest in the world. Nowadays, 32% of respondents believe that the Russian Army, the successor to the Soviet Army, is the best army in the whole world. Forty-nine percent of Russians believe that the Russian Army is on a par with best armies of the world and has all chances to be the first among them.