Russian President Vladimir Putin and former Italian Prime Minister Silvio Berlusconi met on Friday, September 11, in Sevastopol, Russia, Crimea. The meeting took place at the monument to the soldiers of the Kingdom of Sardinia, who died in the Crimean War. 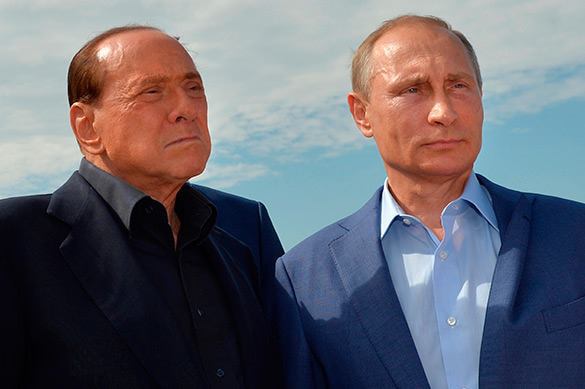 Pravda.Ru asked executive director of the European Russian Community, Sergey Petrosov, to share his ideas about Berlusconi's visit to Russia.

"I can only welcome this visit, of course. Berlusconi is a bad boy in European politics, whose actions often contradict to the pan-European trend. Nevertheless, Silvio Berlusconi's visit to the Crimea was significant for all those ordinary Europeans, who still believe that Russia a friendly country, who look at Russia with hope, because many Europeans think of Russia as the country that defends traditional Christian values and traditional marriage. For such people, Berlusconi's visit to the Crimea is an expression of their attitude to Russia,"Sergey Petrosov told Pravda.Ru.

We asked the expert if Ukraine was going to deny Berlusconi entry to the country after his meeting with Putin in the Crimea.

"Whether they are going to do it or not, it does not make any difference to Berslusconi. Most likely, he is very little concerned about the possible reaction from the Ukrainian authorities," the expert told Pravda.Ru.