Ukraine: Russia is aggressor, Donetsk and Luhansk are terrorist groups 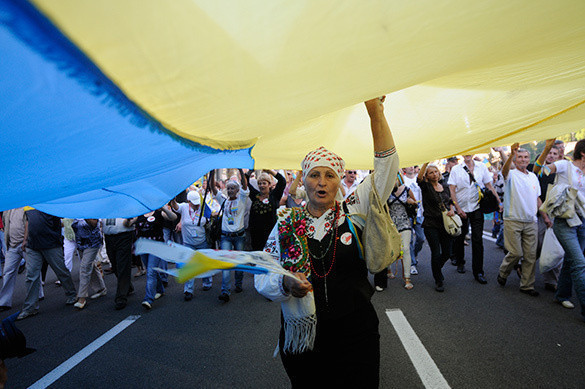 Ukraine has officially recognized Russia an "aggressor state." The People's Republics of Donetsk and Luhansk were declared "terrorist organizations." Following these decisions, Ukraine has urged the international community to act similarly.

The declaration received the support from 271 deputies out of 289.

According to the text of the appeal from the Verkhovna Rada to the international community, Ukraine asks Western countries "to recognize Russia as an aggressor country, which constantly blocks UN decisions and jeopardizes security in the whole world."

In addition, the Ukrainian parliament proposed to introduce new sectoral sanctions against Russia to thus "force the Russian leadership to fulfill all terms of the Minsk agreements, return the Crimea, free Nadezhda Savchenko, provide Ukraine with financial and humanitarian assistance and to recognize the fact of the occupation of Ukraine."