Russians attended church ceremonies Wednesday marking 90 years since the last czar and his family were murdered by the Bolsheviks, while investigators reaffirmed that remains unearthed last year were those of Nicholas II's only son and a daughter. 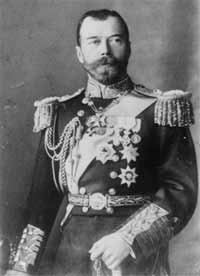 Russian Orthodox Churches nationwide were holding services and processions Wednesday and Thursday, some overnight, to commemorate the canonized czar and his wife and children, who were shot dead in a basement in the Ural Mountains city of Yekaterinburg early on July 17, 1918.

Russian investigators marked the anniversary by repeating their confirmation that bone and tooth fragments found in a shallow grave in Yekaterinburg a year ago are those of the czar's 13-year-old heir, Crown Prince Alexei, and one of his daughters, Grand Duchess Maria.

"The remains that were found belong to Alexei and Maria. We can say that with certainty," Vladimir Solovyov, a senior investigator with the Investigative Committee of the Russian Prosecutor General's Office, told a news conference in Yekaterinburg.

The Investigative Committee had said in June that the remains were those of Alexei and Maria. The finding is based on DNA and other forensic testing carried out by laboratories in Russia, the United States and other countries.

Nicholas II abdicated in 1917 as revolutionary fervor swept Russia, and he and his family were detained. They were shot by a Bolshevik firing squad in the basement of the house where they were being held in Yekaterinburg, in the Ural Mountains 1,500 kilometers (900 miles) east of Moscow.

The remains of Nicholas, his wife Empress Alexandra and three daughters including the youngest, Anastasia, were unearthed in Yekaterinburg in 1991 - the year the Soviet Union collapsed - and later reburied in the imperial capital, St. Petersburg.

The remains of Alexei and Maria were not found, fueling die-hard speculation that the hemophiliac heir might have somehow survived and escaped. The remains were discovered last July in the woods about 70 meters (yards) from the site where remains of the rest of the family were found.

The church made all seven slain family members saints in 2000.

Identification of the remains has helped illuminate one of the bloodiest chapters in Russia's history.

But it has not brought closure for descendants of the royal family who are seeking the "rehabilitation" of their murdered relatives - formal recognition that they were victims of political repression by the country's Communist-era authorities.

Russia's courts have thwarted their efforts for such recognition in rulings that human rights activists say fit in with the Kremlin's reluctance to confront the crimes of Russia's Soviet past. Former President Vladimir Putin has used nostalgia for the Soviet Union's might to build pride among Russians in the wake of its collapse.

The Russian Orthodox Church, meanwhile, continued to express doubts about the accuracy of the scientific findings identifying the remains as those of the royal family.

Church spokesman Father Vsevolod Chaplin said Wednesday that the church has not yet announced its position on the latest findings, and noted that the Investigative Committee said testing of the remains would continue, the Interfax news agency reported.

"This is not the first time we are hearing that everything is clear to everyone," Chaplin said, according to Interfax.