Advisor to the President of Russia on the problems of the Internet, German Klimenko, urged to set out a protest against the blocking of Pravda.Ru official page on Facebook. 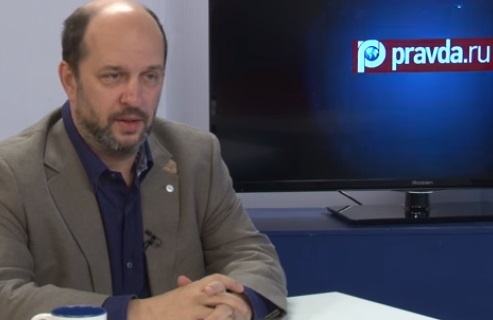 The official account of Pravda.Ru with 240,000 subscribers was blocked on the initiative of Facebook management for the use of a quote by director Vladimir Bortko: "Hohol is holier than the Pope" (more on the situation). German Klimenko recalled several similar incidents calling it a "mass genocide."

According to Mr. Klimenko, Facebook users should not leave such actions without attention. He suggested contacting technical support of the social network to protest against the blocking of the Pravda.Ru page. German Klimenko believes that Facebook users should express their protest against the policy of a part of Facebook management that, while declaring equality and tolerance,  admits the existence of a public page of SS Division "Galitchina" and similar organizations.

German Klimenko's post generated a vivid debate on Facebook. Some people suggested addressing the Foreign Ministry of the Russian Federation, while others urged to leave Facebook and move to other networks. The unpredictable and clearly biased "freedom of speech" policy of the Facebook management reminds the situation with the sword of Damocles that can fall on users' heads at the whim of specific people.