Pilots of Su-25 were killed as aircraft hit the ground

Representatives of the Defense Ministry of the Russian Federation confirmed that the pilots of the training attack aircraft Su-25, which crashed in Southern Russia on September 3, were killed before they could eject. 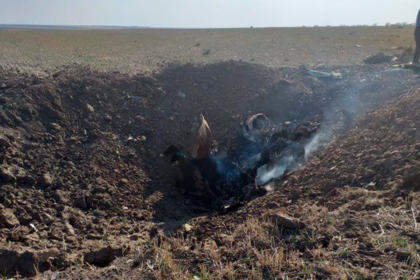 "A commission of the Ministry of Defense operating at the crash site of the Su-25UB aircraft in the Stavropol region confirmed the death of the two pilots. The pilots did not have time to eject," officials said.

The pilots - Major Yuri Bortsov and Captain Artem Lychev - served in the 368th Air Assault Regiment. Their bodies were found on the crash site.

The training attack aircraft Su-25UB crashed on September 3. The aircraft exploded when it hit the ground. Originally, it was reported that the pilots could eject.