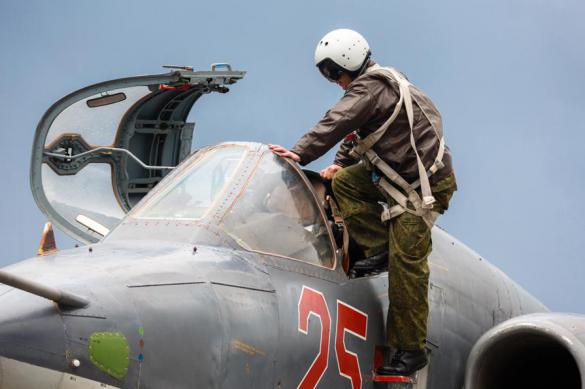 A two-seated Su-25UB attack aircraft crashed in Russia's North Caucasus. Two pilots of the crashed aircraft ejected. A rescue helicopter was sent to search for the pilots.

According to most recent reports, the pilots of the crashed attack aircraft have been found. Nothing has been reported yet about their condition.

The press service of the Russian Ministry of Defense said that the Su-25UB crashed in a deserted area during a training flight; there was no destruction on the ground. The plane was performing the  flight without any weapons on board.