Russian Navy admiral says Russia will torpedo US warships, if need be

A Russian Navy official said that USS Donald Cook can be destroyed with a Russian torpedo. 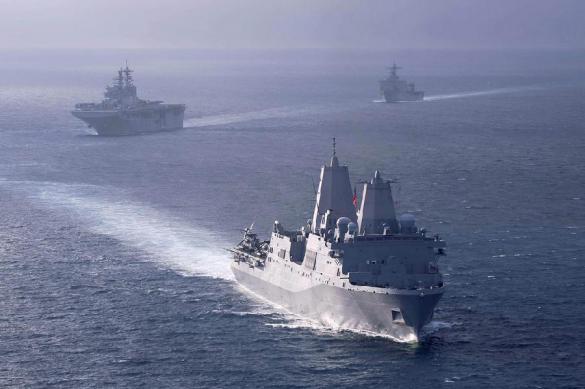 Russian Navy Admiral Vladimir Masorin, former commander-in-chief of the Russian Navy, told Zvezda television channel: "It is unlikely that we will have to sink the Donald Cook. Yet, a torpedo is a very effective weapon that causes considerable damage to a vessel. Clearly, we are going to deal with a lot of pressure, but war is a dangerous thing for the Americans in the first place. They live in a completely different world over there, but we have no fear, we are fed up with the Americans, they are like a burr in the saddle."

Former deputy commander-in-chief of the Russian Air Force on issues of the CIS Joint Air Defense System, Lieutenant General Aitech Bizhev added that "Russian anti-aircraft and anti-missile defense forces in Syria should be considered as a whole system with Russia." The general referred to the recent effort of Syrian anti-aircraft forces to intercept five of eight missiles fired by Israeli fighters. "The 0.6 coefficient is not good enough, but those were old systems," the official said.

One should bear in mind Russia's state-of-the-art systems S-400, which Russia deployed at Khmeymim airbase and Tartus logistics base.

The US Defense Department is concerned about the possible prospect of an open confrontation between Washington and Moscow. Russia wanted to shoot down US missiles and destroy US warships in the event Russian military men in Syria are killed in a US missile attack on the country.

If Moscow retaliates, a spontaneous exchange of nuclear strikes may occur.