Governor resigns after shopping mall fire, but keeps all privileges

Kemerovo region Governor Aman Tuleyev stepped down over the aftermath of the terrible fire at "Winter Cherry" Shopping Mall. According to Tuleyev, he left the office being unable to cope with the moral burden. Tuleyev served as the Governor of the Kemerovo region, one of Russia's major mining areas, for 20 years. 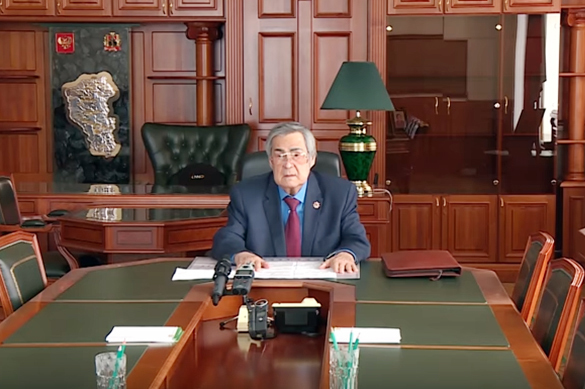 After the fire in Kemerovo, Tuleyev outraged many Russians with his behaviour. He did not appear at the site of the tragedy, nor did he come out to the crowd of Kemerovo residents that gathered on March 27 for a spontaneous rally demanding his resignation and asking for the truth about the number of those killed in the disaster. In addition, Tuleyev called the protesters "troublemakers" who wanted to "rock the boat." To crown it all, Tuleyev apologised for the disaster only to Russian President Vladimir Putin.

The fire at the shopping mall in Kemerovo took place on March 25 and claimed 64 lives, 41 of them children.

Tuleyev took office as the Governor of the Kemerovo region in July 1997. He would be re-elected many times gaining not less than 93 percent of votes.

Putin's aide in the Siberian federal district, Sergei Menaylo, said that Tuleyev would keep his residence, an office and a monthly allowance. All the privileges will be provided to Aman Tuleyev owing to his title of "People's Governor" that he received in December of 200 owing to his merits to the Kemerovo region. Tuleyev's deputy Sergei Tsivilev took office of Acting Governor of the region. Tsivilev owns 70 percent of Kolmar coal mining company.