Children call and text their parents from burning shopping center

In Kemerovo, 16 people weте missing and 53 were killed in the fire at Winter Cherry Shopping Center. Nineteen bodies were delivered to be identified. 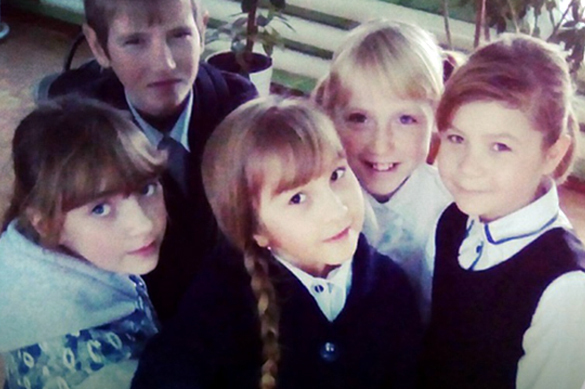 A few of the missing children (Social networks)

Five bodies were found in the area of the cinema on the upper floor of the shopping centre. Twelve people remain hospitalised, two of them are in critical condition. The fire has been extinguished, but firefighters continue watering smouldering insulation.

The fire has killed as many as 200 animals in the contact zoo on the third floor of the building. Those were squirrels, chinchillas, raccoons and other small animals.

Criminal cases were instituted under articles 109, 219 and 238 of the Criminal Code of the Russian Federation ("Causing death by negligence", "Violating requirements of fire safety, resulting in the death of two or more persons through negligence", "Provision of services that do not meet security requirements"). Four people, including the owner of the building, Nadezhda Sudennok, have been detained.

Faulty wiring, arson and unintentional careless handling of fire are considered as main versions of the fire. It was reported that the fire started in the trampoline room.

It turned out that the doors of the cinemas were locked, and there were no fire exits. According to local media reports, eight fifth-graders from a small village went missing in the burning shopping center. They came to Kemerovo for an excursion to celebrate the beginning of the spring break. They went to see the cartoon at the cinema of the shopping center. At five o'clock in the evening local time, children started calling their relatives saying that they were staying in a burning movie theatre suffocating and could not get out.

After the start of the fire, the fire blocked the way to the cinema hall. For the time being, nothing is known about them. One of the schoolgirls called her parents from the blazing building. The girl said that all the doors were locked, and there was no way to leave the room. The child did not contact anyone afterwards. The class teacher stayed alive: she did not go to the movies, but decided to go shopping.

Several teenagers were locked in one of the toilets of the burning building. They tried to use wet towels to protect their shelter from the acrid smoke. The children called and texted their relatives: "We are burning! Perhaps, goodbye!" That was the last message from the girl named Masha.

The Kemerovo region is expected to announce days of mourning.  March 25 will remain in the memory of Kemerovo residents as a black day for a very long time, like the smoke that was billowing from under the roof of the shopping center.

The fire has damaged the entire building. The shopping center is not to be repaired. The building will be dismantled after the completion of search and rescue operations. The roof and the floors of the building collapsed.