Panic in the cockpit: Causes for An-148 crash near Moscow named

Specialists of the Interstate Aviation Committee (IAC) have recovered first data from the flight recorder of the An-148 passenger aircraft that crashed near Moscow on Feb. 11 soon after takeoff from Domodedovo airport. 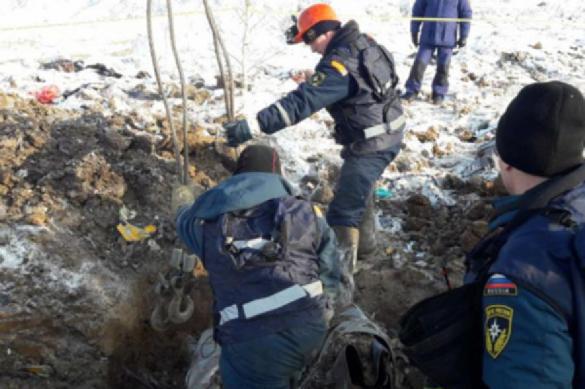 According to recordings of conversations in the cockpit, the pilots immediately noticed discrepancies of speed indicators. Speed sensors of the electronic equipment of the An-148 failed to function properly because of the icing. The pilots forgot to turn on their heating systems. They could not understand why they could see different speed numbers, they turned off the autopilot and began to descend, which was a mistake to make. There was panic in the cockpit moments before the crash, and the pilots could no longer control the situation.

According to the IAC, the state of emergency on board the aircraft occurred about 2 minutes 30 seconds after the aircraft took off from the runway. The An-148 had gained altitude of about 1,300 meters by that moment. The speed of the aircraft was about 465-470 kilometres per hour.

Discrepancies in the speed readings were recorded between the air parameters module (MVP1) and the full pressure receiver (PPD1) of the left pilot and the MVP3 (PDD3, standby).

"A preliminary analysis of the recorded information, as well as an analysis of similar cases that occurred in the past, suggests that the development of a state of emergency during the flight could be caused by incorrect speed readings, which was most likely caused by the icing of the full pressure receiver while the systems of their heating were off," a representative of the committee said.

Rescuers recovered as many as 663 elements of the aircraft, as well as more than 1,400 fragments of bodies on the crash site.