The operation of the Russian Air Force in Syria is nearing completion. For the time being, the Russian authorities are busy with prospects for further development of the situation in Syria, Russian Defense Minister Sergei Shoigu said in Tel Aviv during a meeting with his Israeli counterpart Avigdor Lieberman. 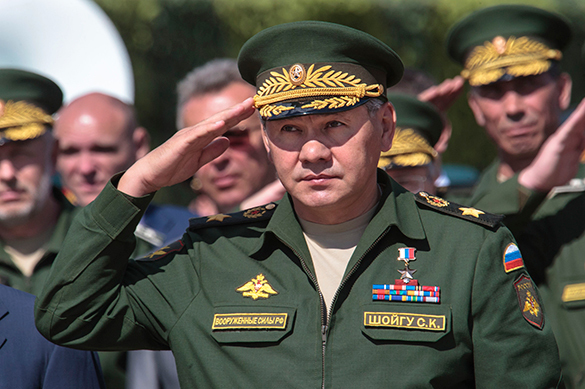 "I would like to talk about the situation in Syria. Our operation is going to be finished there, and there are a few issues that require urgent solution, and prospects for further development of the  state of affairs in Syria need to be discussed too," Shoigu said.

He also noted that due to the current situation in the Middle East, the Russian Federation and Israel have many topics to discuss.

"As terrorist activities in the world have been increasing, the international community needs to stay united in the struggle against this evil," Russia's Defense Minister said.

Sergei Shoigu also set out a hope that the talks would strengthen friendly ties between the armed forces of Russia and Israel.