A young Russian woman was killed in the Dominican Republic as she was hanging out naked of the window of a moving car during a journey to Punta Cana. The video of the accident was posted on Live Leaks (NSFW). The victim was identified as Natalia Borodina, 35, a native of Russia. 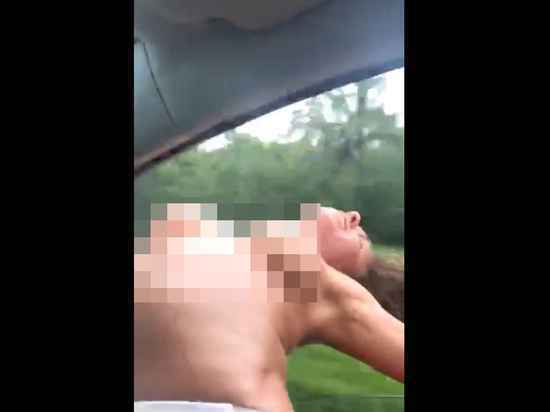 The woman is a native of the city of Zlatoust in the Chelyabinsk region. The tragedy occurred in the  afternoon of October 10 as Natalia and her companion, a Ukrainian, were traveling in a car to Punta Cana.

At some point of the journey, Natalia Borodina, wearing only her panties, decided to hang out of the car window as her companion was filming her. A few seconds later, she hit a poll on the side of the road.

The woman was hospitalized, but doctors could not save her life.

As it was reported later, the woman hit her head on the poll of a road sign.

Natalia Borodina was a real estate agent. She has recently resided in Cannes, France, where she was selling real estate mostly to Russian nationals. Russian media assumed that the killed woman was working in the sex industry, but it has been reported that Natalia simply admired her body and appearance did not mind showing it off on her photos.

In the Dominican Republic, Natalia was vacationing with her son and Ivanna Boyrachuk, a Ukrainian friend. The Ukrainian was filming Natalia on her cellular phone, and Natalia decided to go extreme. She hung out of the moving car for an impressive video and did not notice the road sign on the side of the road. Her skull cracked open as a result of the impact.