US investigators believe that the collision of the US destroyer with a Liberian tanker in the Strait of Malacca could occur as a result of a cyber attack, commander of US Naval Operations, Admiral John Richardson said. 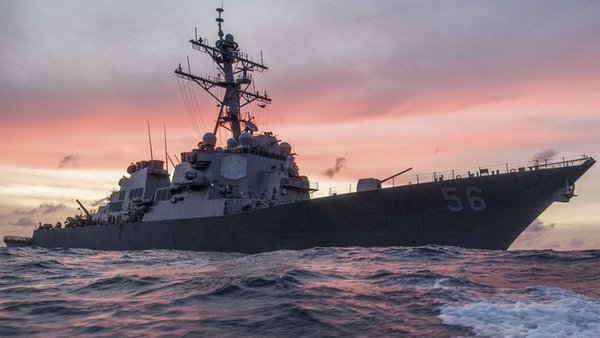 "Possibility of cyber intrusion or sabotage, no indications right now...but review will consider all possibilities," the admiral wrote on Twitter.

The most likely cause of the collision, US Navy experts say, was the loss of steering. At the same time, one is left to wonder why the crew failed to use reserve steering systems to maintain control of the ship.

The collision occurred off the coast of Singapore, where USS John McCain rammed into a Liberian merchant tanker Alnic MC. After the collision, ten sailors went missing, four others were wounded and subsequently flown to hospital. A large gaping hole was left in the hull of the destroyer.