Ammunition depot in Abkhazia explodes like a nuclear bomb

An ammunition depot exploded in Abkhazia on August 2, two people were killed. 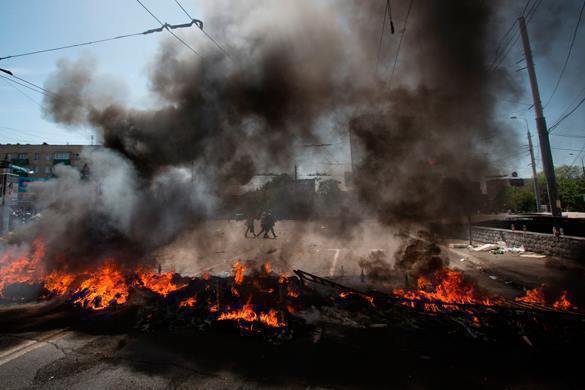 The explosion ripped through Defense Minitry premises in the village of Primorskoye. As many as 60 people, including 27 Russian citizens, were injured as a result of the explosion. Many of them were hospitalized with multiple shrapnel wounds caused with ruptured shells, rocks and debris.

Two female residents of St. Petersburg fell accidental victims of the explosion. On the ill-fated day, they went to ride horses on the territory in the immediate vicinity of the military depot.

All those who suffered as a result of the explosion, including the families of the victims, will receive compensations from the authorities of Abkhazia.