A video of a Russian Ka-52 attack helicopter destroying terrorists' military equipment in the area of Palmyra, Syria, has appeared on the Internet. 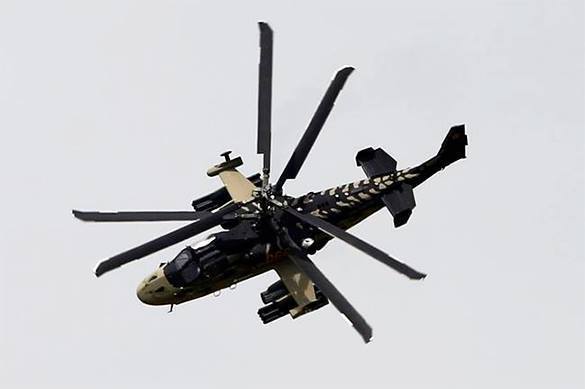 Russia deployed its air force group in Syria in September 2015 at the request from the Syrian government.

More often than not, violations occur in areas controlled by Jabhat en-Nusra and the Islamic State terrorist organisations (banned in Russia).  Russian observers pointed out four violations in Damascus, three in Hama and two in Latakia and Derya, Russia's Defence Ministry said in a newsletter.