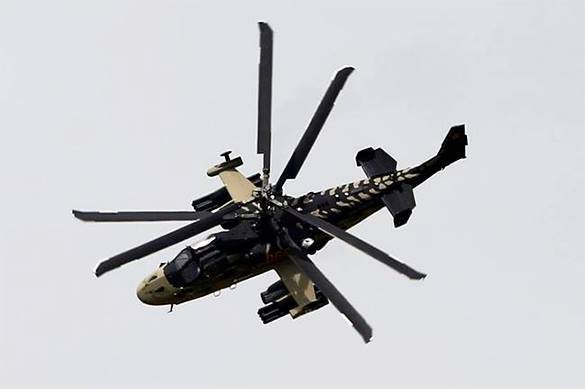 The video of real combat with the participation of Russia's iconic Ka-52 helicopter appeared on the internet after the liberation of the Syrian town of Al-Qaryatayn.

Ka-52 is a model in the series of combat attack helicopters after the famous Ka-50 "Black Shark." The helicopter can be equally effectively used in operations against both airborne and heavily armored ground targets.