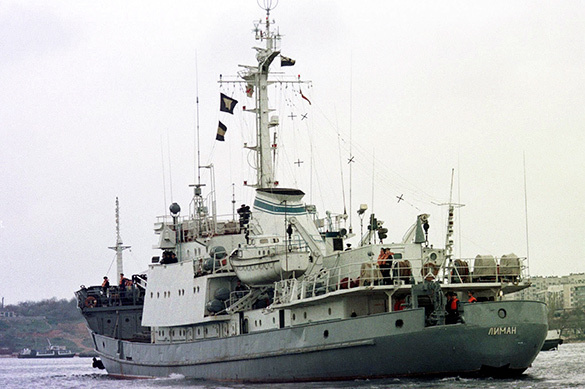 A research vessel of the Russian Navy, the Liman, collided with another vessel off the coast of Turkey and sank. Most likely, the collision occurred because of foggy weather, spokesman for the Consulate General of Russia in Istanbul, Sergei Losev said.

The collision took place in the Black Sea 40 km to northwest off the Bosporus Strait. All people aboard the vessel have been rescued, Turkish officials said. The vessel has sunk.

The Liman was launched in 1970. It was built as a research hydrographic vessel, but in 1989, after modernisation, she was turned into a medium reconnaissance ship. The Liman was based in Sevastopol.