North Korea's state television aired a video of a simulated missile attack on the United States of America. The video was shown as part of celebrations to mark the birthday of the founding father of the hermit kingdom, Kim Il-Sung, Yonhap reports. 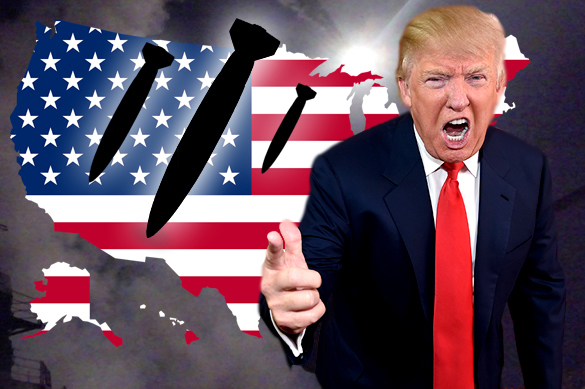 The video, the agency said, was demonstrated on Sunday, April 16, on a giant screen during an event for participants of the military parade dedicated to the 105th anniversary since the birth of Kim Il Sung.

The video, as Yonhap said, shows a new medium-range North Korean ballistic missile crossing the Pacific Ocean and striking an unidentified American city. Afterwards, the video showed the footage of burning US flags against the background of a cemetery.

The video made people in the audience smile and cheer with enthusiasm.