17:26
Myśl Polska: Poland tried to outsmart Russia and collapsed itself
16:22
Reuters reveals when Zelensky is willing to end the conflict in Ukraine
15:26
American publicist names the ultimate goal of the game against Russia
14:33
The US will close access to its technologies to the companies supporting Russia
14:29
Russian Finance Ministry refuses to acknowledge foreign debt default
14:02
Teen boy suffers severe injuries as electronic cigarette explodes in his mouth
13:26
Kremlin: Default in Russia? Not our problem
13:16
Welt: Putin prepares a new trap for the West with the help of Bolivia
12:51
Bloomberg: Russia defaulted on foreign debt for the first time since 1918 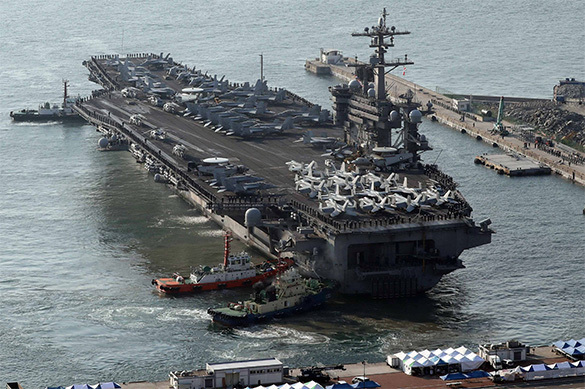 It was also said that Pyongyang was going to conduct a regular missile test on April 25 to mark the 85th anniversary of the Korean People's Army.

Noteworthy, South Korean President Park Geun-hye was removed from power, and it remains unclear how the USA intends to deploy the THAAD missile defence system in South Korea.

In the beginning of the year, North Korean leader Kim Jong-un said that his country was about to finish the work on the intercontinental ballistic missile. In March of this year, it was said that North Korea launched four missiles to test possible attacks on US military bases in Japan.