Official spokesperson for the US Defence Department, Dana White, said that the command staff always considers a full range of possibilities for protection against any unforeseen circumstances. 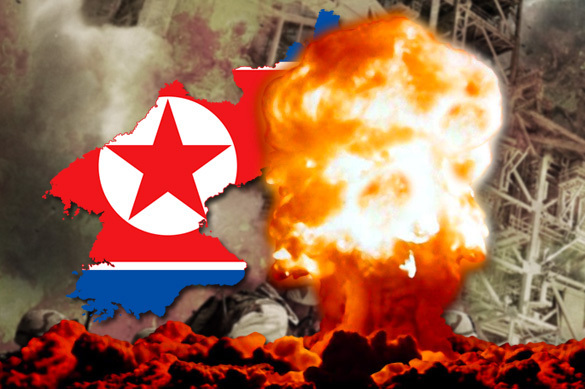 At the same time, the Pentagon refused to confirm whether the USA was fully prepared to strike a preemptive blow on the Democratic People's Republic of Korea (North Korea, DPRK). Yet, there is such a possibility, and no representative for US authorities has officially excluded it yet.

Dana White stressed that the USA's commitment to the defence of South Korea and Japan remains unshakable.

NBC News television channel has recently reported that the United States was ready to strike a preemptive blow on North Korea's military facilities. This may happen in the event Pyongyang conducts a regular nuclear test. Reportedly, Pyongyang intends to conduct another nuclear test during the weekend of April 15-16.

Reportedly, the US Navy has deployed two destroyers with Tomahawk cruise missiles some 500 kilometres from the North Korean nuclear test site.

Earlier, US President Donald Trump promised Japanese Prime Minister Shinzo Abe that Washington would consult with Tokyo before taking any action with regard to the DPRK. Seoul made a similar promise to Washington.

The situation around the DPRK has escalated sharply after the US Navy group led by the Carl Vinson nuclear aircraft carrier charged its course and headed to the Korean Peninsula.