Aleksandr Mikhaylov, the FSB Major-General, former Head of the Russian Agency of Government Information, has told Pravda.Ru about prevention of the terror act in St. Petersburg by special services and possible failures. 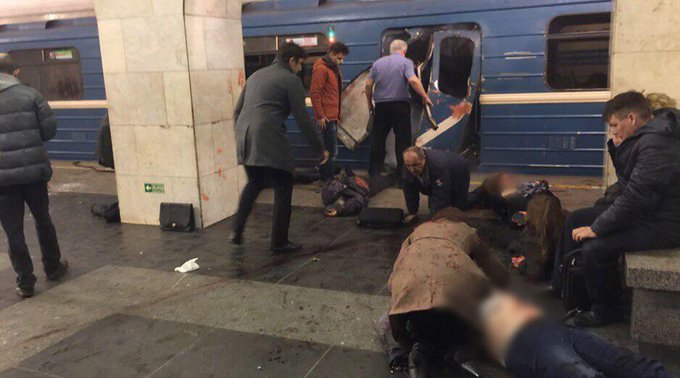 First of all, I would like to say that special services cannot foresee terror acts at all the directions, despite prevention of many of them when they are just plotted. Especially it concerns terror acts carried out by lone terrorists.

They say that special services allegedly had information, but did not prevent. Information consists of some words: what, when, where, under which circumstances, by which means the terror act was carried out. If one of these components is absent, it's not information, but supposition. The West is not an example for us, there are a lot failures there.

One should realize that we live in a world which cannot be isolated from outer threats and challenges. It happens in Europe and at ours. We are just integrated in all of these threats given international establishment.

We have a good regulatory framework and professional staff, which has been equipped with all the necessary tools.

It has been reported that the terrorist had a Russian passport. How will we catch such citizens among millions new?

One should catch them not given a passport, but intentions, views and terror plans. Thus, we will maintain our work, nothing will be changed. A lot of people arrived form former Soviet Republics and they assimilated long ago. It should be noted that in the West all these terror acts were conducted by naturalized aliens from the Arab countries. Thus, we are hostages of circumstances and work of special services should surely be upgraded, but we cannot say that we have failed here. We have liquidated more than 20 terror groups lately, it's a decent result.

How can you assess conduct of the terror act itself?

It was carried out very professionally. If it was carried out at some critical site, or nuclear-powered one, it would be another case. While here was a common scheme, common explosive device left in a public place.

Who benefits from this?

Any adversary. Radical Islamists, Bandera's supporters, and even our opposition, which has seen weakness of our authorities in this act.

Undoubtedly, there are some circles which are interested in undermining and weakening of Russia. There is possibility that the CIA could play so accurately. But the CIA is just an element, and not the defining one.