An explosion occurred at Flamanville nuclear power plant in the north-west of France. Reportedly, several people were injured as a result of the explosion. 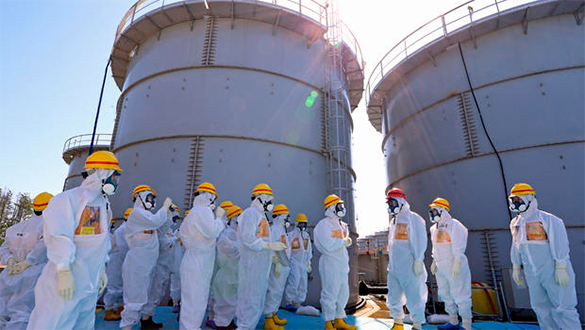 A fire broke out after the explosion, but there is no danger for a radioactive leak, officials say. Yet, the situation remains unclear.

Flamanville nuclear power plant is located on the shores of the English Channel. The NPP has two power units. According to Ouest France newspaper, the explosion occurred at around 10:00 a.m.  local time (12:00 MSK).

In 2011, the quake-caused nuclear disaster at Fukushima-1 nuclear power plant in Japan led to casualties. The NPP was shut down. The disaster caused $100 billion of damage. Tsunami waves overcame the ten-meter-high barrier of the nuclear power plant and led to the destruction of power supply and cooling systems. The quake and tsunami waves also caused nuclear fuel meltdown in three reactors.

It has not been possible to overcome consequences of the Fukushima accident up until now. In early February, Japanese experts recorded deadly levels of radiation in the second reactor of Fukushima-1.

As noted by operating company Tokyo Electric Power (TEPCO), the intensity of radiation reached 530 sievert per hour. To understand the level of danger from this radiation, it is enough to know that the normal level of radiation for humans makes up 0.0024 Sv per year. A dose of radiation of 20 Sv leads to practically instant death.

For the time being, French media give contradictory reports about the accident. Representatives of local authorities say that there was no risk of radiation emission, because the explosion occurred in  a non-radioactive zone. At the same time, however, it was said that several people suffered poisoning as a result of the accident.