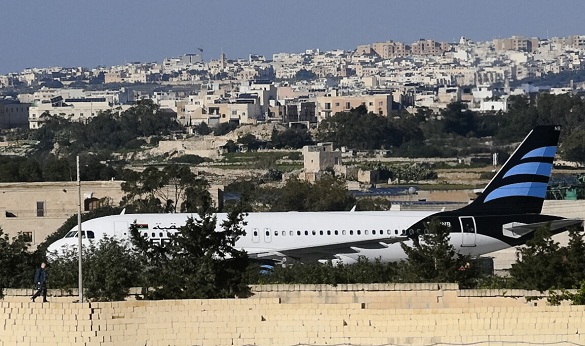 Terrorists, who have hijacked a Libyan airplane, demand political asylum in one of the EU countries.

And that is not their only demand, according to Al Arabiya. They are waiting for liberation of those imprisoned in Libya and secure corridors for fighters' exit from Benghazi.

As the Libyan Minister of Transport reported before, negotiations are being carried out with the hijackers. It is known that they are citizens of Libya, aged 25 y.o.

As Pravda.Ru reported, some hours ago the A320 airplane of the Libyan airlines was hijacked with 118 people on board. The plane was landed on Malta. Passengers were liberated soon. But the crew is still captured.