Putin orders to save terrorists and their families from Aleppo

Twenty buses and ten ER vehicles will be sent to Alppo via a special corridor. As reported by the Russian Center for Reconciliation in Syria, the terrorists and their families will head to the city of Idlib. 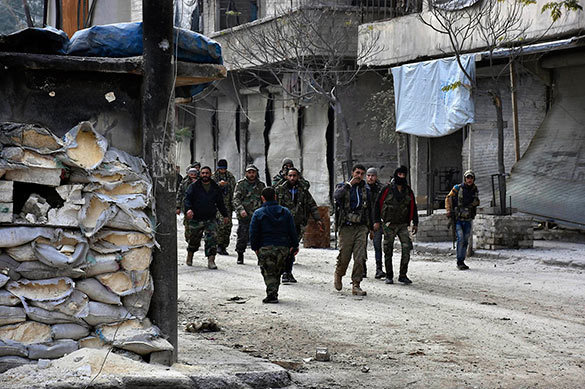 "In accordance with the decree from President Vladimir Putin, the Russian Center for Reconciliation of Warring Parties in Syria, in cooperation with the Syrian authorities, preparations are being conducted to remove terrorists and and their families from eastern neighborhoods of Aleppo," a message from the Center said.

The Syrian authorities have guaranteed the safety to those members of armed groups who agreed to leave the city. According to representatives of the Ministry of Defense of the Russian Federation, the Russian Center for Reconciliation monitors the situation in Aleppo with the help of CCTV cameras and unmanned aerial vehicles.

Earlier, it was reported that the Syrian army took control over the entire territory of the city of Aleppo. Russia's Ambassador to the United Nations, Vitaly Churkin, said that the Russian and Syrian forces were focused on practical humanitarian actions, while such issues as cease-fire or other combat operations do not arise.

As many as 110,000 civilians, including more than 44,000 children, have been taken out of Aleppo since the beginning of operations to liberate the city from terrorists.