Turkish aircraft tried to enter Syrian airspace in the north of the province of Aleppo, but they had to turn back after a warning from Syrian and Russian forces, a source at securety services told Sputnik news agency. 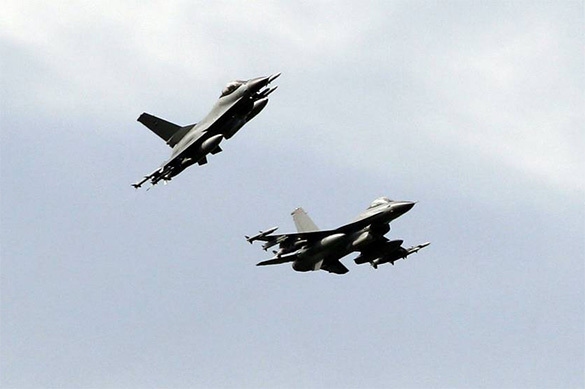 On August 24, the Turkish army launched Operation Euphrates Shield against the "Islamic State terrorist group (banned in Russia). With the participation of the Syrian opposition, the military took control of the border town of Jarabulus in northern Syria and continued the offensive to the south-west.

According to Turkish President Tayyip Erdogan, the goal of the offensive is to exterminate terrorists on the territory of up to 5,000 square kilometres and create a safety zone to accommodate refugees. In northern Syria, Turkish troops regularly come into clashes with the forces of the Kurdish militia, which they consider to be related to the Kurdistan Workers' Party.

However, the official Damascus shares a different opinion on the subject. The Syrian authorities estimate the presence of the Turkish army on the territory of Syria as a violation of the sovereignty of the country, which could escalate the conflict.

The Middle East has turned into the largest global puzzle, the pieces of which will never come together in the original pattern.