Head of fighters, who down A321, killed in Egypt 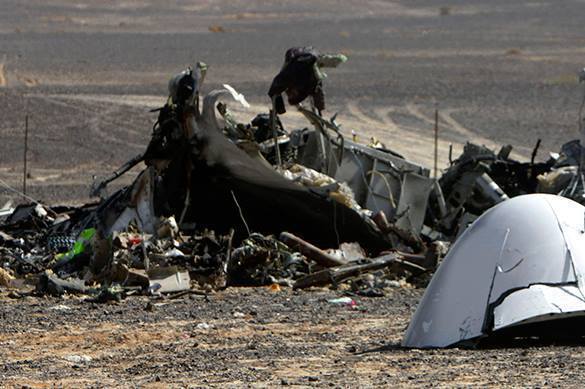 The Egyptian military killed head of the Ansar Bait al-Maqdis group, which can be involved in the terror act on board A321, that had been downed over Sinai.

As it is reported, the leader swore allegiance to the Islamic State.

Before that, John Brennan, Director of the CIA, claimed that the Ansar Bait al-Maqdis fighters orchestrated and carried out the terror act on board of the Boeing A321, namely they brought a home-made explosive device on board of the plane.

As Pravda.Ru reported, the A321 airliner flew from Sharm el-Sheikh to St. Petersburg on 31 October 2015. In half an hour after take-off it disappeared over the Sinai peninsula. All the 217 passengers were killed.

A321: Four lessons for Russia

a321 egypt
20:03
God Save the Queen. Or, Maybe not
19:25
Russian submarine with 160 nukes on board surfaces off US coast
18:52
Russia redeploys military hardware and personnel to western borders
16:37
Russian electronic warfare units stop Japan from provocations
15:45
Russian woman brutally killed during riots in Kazakhstan
14:19
America, Russia and NATO look for new frontiers of influence
20:11
Russia is completely disappointed in the West
17:04
Russia flies its new strategic bomber Tu-160M
16:30
Russian reconnaissance vessel Karelia spotted off Hawaii
14:07
Politics or war: Moscow makes the West face simple, but tough choice
Health
Four mutants of the coronavirus