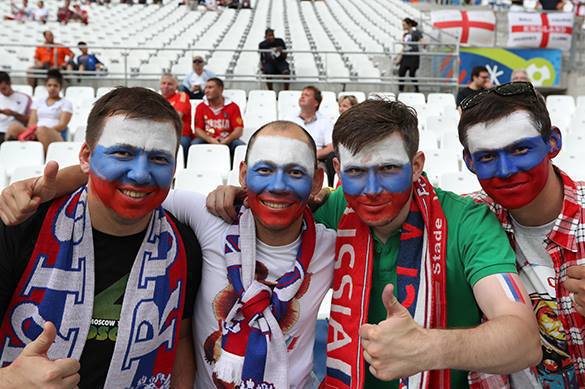 On Tuesday night, England fans publicly desecrated the Russian flag in the French city of Lille. The English fans removed the flag from the roof of one of the restaurants, where it was mounted in connection with Euro-2016 matches in Lille.

A group of Russian fans responded to the act of disrespect against Russia, having beaten the hooligans and taken their flags from them. The video of one of the brawls appeared on the Internet.

According to eyewitnesses, five Russians chased away a group of 20 English football ultras. The English fans left of of their friends and then used pepper sprays not to be beaten by the Russians.

Author`s name: Editorial Team
World
Russian tank blown up by a mine turns out to be a bait for Ukraine in Donbass