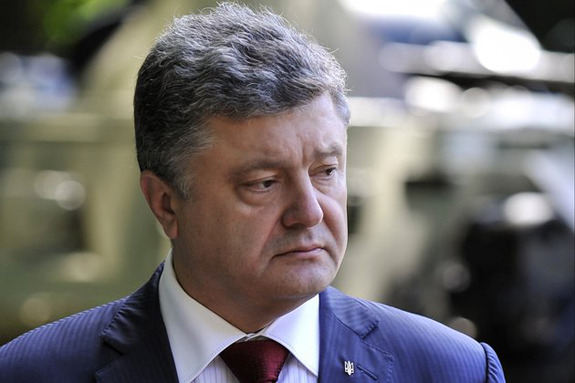 Ukrainian President Petro Poroshenko said that for the first time in a long time truce has come to his country, as no serviceman of the Ukrainian army was killed or injured overnight.

According to RIA Novosti, the Ukrainian president found positive the fact that the country's army suffered no losses at night. According to him, it means nothing but real truce in Ukraine.

Poroshenko made the statement while visiting Australia. Previously, it was reported that militia of the self-proclaimed republics of Donetsk and Luhansk regions started withdrawing heavy artillery from the boundary, says RBC. Grad and Uragan volley fire systems will be redeployed in the rear.

The shelling of feuding positions was stopped. According to the Ministry of Defence of Ukraine, in the area of the Donetsk airport, where the fighting for the old terminal has continued since the time of Minsk peace agreements, only two shots from a grenade launcher were made. No fighting was reported in other areas.

Noteworthy, the Ministry of Defence of Ukraine started publishing the lists of killed soldiers. The document includes the names of 1,252 people along with their military rank, dates of birth and circumstances of death.