Humanitarian catastrophe coming over all of Ukraine, PM Yatsenyuk says 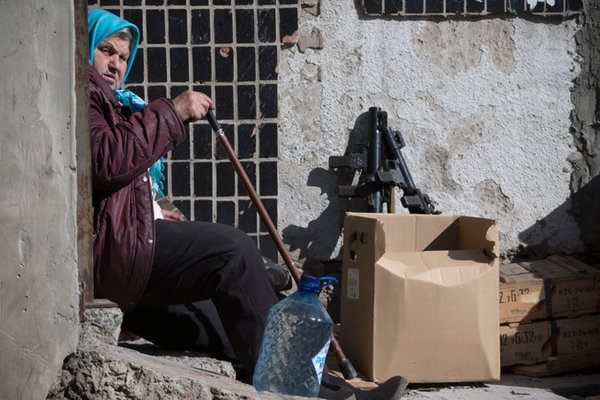 Despite all efforts of the authorities, the humanitarian disaster of Donbass may embrace the whole of Ukraine, Ukrainian PM Yatsenyuk said after the meeting with Deputy Prime Minister and Minister of Foreign Affairs of the Kingdom of Belgium Didier Reynders, the press service of the Cabinet of Ministers of Ukraine said.

He said that he could not deliver pensions and salaries to Donetsk and Luhansk, because they rob collector vehicles and take people's money.

"We have done everything to exclude a humanitarian disaster there, but because of terrorists, the catastrophe is moving towards Ukraine on the whole" said the prime minister of Ukraine.

Noteworthy, the Office of the Prosecutor General of Ukraine opened criminal investigation into the purchase of South African coal, the poor quality of which does not make it possible to use the fuel at Ukrainian power plants. The purchase contract was evaluated at 384 million hryvnia.

In September 2014, the Cabinet of Ministers of Ukraine signed an agreement to purchase 1 million tonnes of South African coal. The news was announced by Ukrainian PM Yatsenyuk.