The jury of a court in Texas ruled that the death of the boy adopted from Russia - Maxim Kuzmin - was an accident. Thus, there will be no charges brought against the boy's adoptive parents, the Associated Press said. 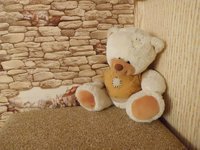 The news of the death of 3-year-old Maxim in the U.S. state of Texas was revealed on February 18th. The boy died on January 21st: he died at hospital, where he was delivered with multiple injuries. The state government announced on March 1st that based on the medical examination Maxim's death was non-violent.

Earlier, investigation said that adoptive parents Laura and Alan Shatto could face the charges of improper performance of parental duties. However, after the most recent court ruling, such an option is unlikely, because jury verdicts in the United States can be reviewed only in exceptional cases.

Russia's Commissioner for Children's Rights, Pavel Astakhov, stated earlier that the foster mother was feeding the child with psychotropic drugs, and that before his death the child had been severely beaten. The police said, though, that Maxim Kuzmin inflicted the fatal injury himself, having fallen off a swing.