Kidnapper of Kaspersky's son sentenced to 4.5 years in prison

A military court sentenced captain of the Federal Security Service Alexei Ustimchuk to four and a half years in prison for kidnapping the son of world-famous IT specialist Eugene Kaspersky. 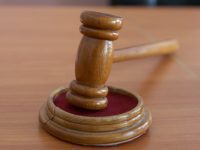 According to Polit.Ru, the lawyers asked for a minimum sentence for Ustimchuk. They insisted that their client was a victim of fraud masterminded by the organizer of the kidnapping, Nikolai Savelyev. Ustimchuk was told that he was supposed to stage the kidnapping to intimidate a debtor. The man did not even know that he would have to deal with Kaspersky. On the contrary, prosecutors requested Ustimchuk should be sentenced to five years in a colony.

Ivan Kaspersky, the son of the head of Kaspersky Lab computer security company, was kidnapped in April last year. The kidnappers asked for three million euros of ransom for the 20-year-old student. The young man was released after a few days as a result of a special operation conducted in the Moscow region, the Komsomolskaya Pravda newspaper wrote.

Five people suspected in the kidnapping were arrested. Three of them were members of one family: Nikolai Savelyev, his wife Lyudmila, their son Nikolai, and two of their friends - Alexei Ustimchuk and Sergei Gromov.