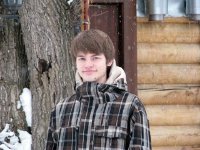 The son of the founder of one of the most popular anti-virus software makers in the world, was kidnapped in the morning of April 19 when he was going to work. Ivan Kaspersky was working on his diploma project. He was also employed at InfoWatch, the company of his mother, Natalia Kaspersky (she is a co-founder of Kaspersky Lab). Ivan was kidnapped near the office of the company.

Ivan Kaspersky is a fourth-year student of the Moscow State University, where he studies at the department of numerical mathematics and cybernetics.

"The last time I saw him was two or three weeks ago, but then he just disappeared. Law-enforcement officers have already been here and they asked us about him, but we do not know anything," an employee of the university said.

It is worthy of note that the son of Russia's largest anti-virus maker did not conceal his personal information from anyone. His home address and the address of his work were indicated in his profile on Vkontakte, a popular Russian social network. It is not ruled out that the criminals collected the information about Ivan with the help of open sources.

On June 12, 2009, Mr. Kaspersky received a State Award in the field of science and technologies. The award was presented to Kaspersky by President Medvedev.

Kaspersky Lab cooperates with special services in Russia, the USA, EU countries and China. The company is included on the list of world's 50 innovative companies, according to Fast Company publication. Ranked 32nd, Kaspersky leaves behind such serious competitors as Microsoft, Cisco and Samsung.