Mischa Barton — the formerly willowy star of "The O.C." — was taken away by police and hospitalized under California's involuntary psychiatric-hold law just hours before she was due to fly to New York for the premiere of her movie, "Homecoming." 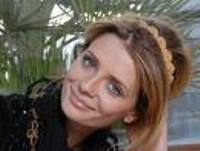 Cops took her to Cedars-Sinai Medical Center, where she was hospitalized under Section 5150 of the California Welfare & Institutions Code, which allows authorities to hold a person for up to 72 hours if they present a danger to themselves or to others.

Barton, 23, looked bloated and almost unrecognizable at a public appearance last week, which her reps blamed on the removal of a wisdom tooth , FOXNews reports.

Meanwhile, Barton's publicist, Craig Schneider, said in a statement that "police were involved due to Ms. Barton's celebrity status, to safely transfer her to medical treatment as per doctor's orders." He added that "Barton is now O.K. and resting."
A source close to the investigation tells "Access Hollywood" that Barton was placed under Section 5150 of the California Welfare and Institutions Code by police and transported to Cedars-Sinai, KTLA reports.

At the same time, echoes of Stephen King's "Misery" reverberate not so subtly in "Homecoming," an unmitigated B-movie that isn't thrilling enough or cheesy enough to make it worth the trip.

Although "O.C." party girl Mischa Barton makes for convincing damaged goods, director Morgan J. Freeman (no relation to the Oscar-winning actor) commits to neither sufficient suspense nor a substantial camp element to warrant a big-screen stopover en route to what should be a quick trip to DVD. The indie release opens Friday , Reuters reports.