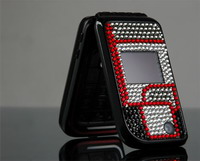 The complaints - the latest salvo in a long-running legal battle - were filed Monday in the Eastern District of Texas' Marshall division and in the Western District of Wisconsin. Qualcomm said both jurisdictions are known for their speed and expertise at ruling on patent disputes.

Nokia, the world's largest handset maker, said the lawsuits are without merit and vowed a vigorous defense.

Qualcomm, based in San Diego, said Nokia infringed on patents for phones that run on a standard known as global system for mobile communication, or GSM, which is ubiquitous in Europe and accounts for about two-thirds of all mobile phones. Patents in the Texas suit apply to the downloading of digital content; patents in the Wisconsin complaint are for speech encoders.

Qualcomm, which collects licensing fees from Nokia and other wireless equipment makers, said the complaints are "part of a worldwide effort to prevent Nokia from using (its) valuable patented innovations without paying royalties."

A 2001 agreement under which Nokia and Qualcomm license their patents to each other expires April 9, raising prospects for additional litigation if the two sides fail to strike a deal. Nokia has said it will continue to use Qualcomm's technology.

Qualcomm has also charged Nokia with patent infringement in federal court in San Diego, before the U.S. International Trade Commission as well as in courts in Britain, France, Germany and Italy.

Critics say Qualcomm charges excessive fees. Nokia, based in Espoo, Finland, and five other companies complained to the European Union about Qualcomm's business practices in 2005. The commission is considering the complaint.