Russia's gold reserves have been growing at a record pace lately. A recent report from the World Gold Council (WGC) said that the Bank of Russia purchased 55.3 tons of gold in the first quarter of 2019 and thus reached the level of 2,168.3 tons of gold. Russia, the report said, has been acquiring gold lately in an attempt to relieve the dependence of the Russian economy on the US dollar in the event the USA imposes more sanctions on the Russian Federation. 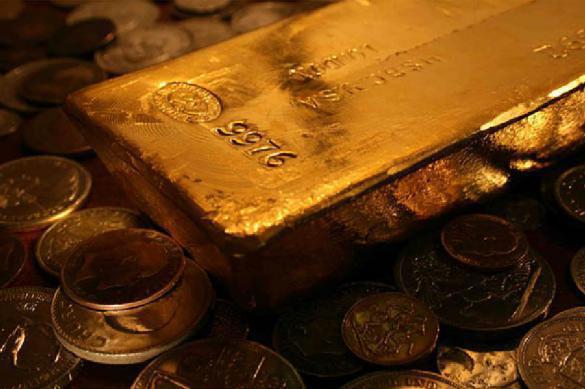 In 2018, the Bank of Russia also purchased a record amount of gold. Thus, in 2018, the Central Bank of the Russian Federation increased the reserves of monetary gold by 8.8 million troy ounces (273.7 tons) to 67.9 million ounces (2.1 thousand tons).

The Central Bank of the Russian Federation has been buying gold since 2014, when the international community started imposing sanctions on Russia after the latter reunited with the Crimea. Russia purchased a total of 1076 tons of gold in 2014-2018.

The value of gold in the reserves of the Central Bank of the Russian Federation reached $86.9 billion as of the year end. Russia's share of gold in international reserves, which amounted to almost $468.5 billion at the end of 2018, was more than 18.5 percent.

In April of 2018, the United States imposed most stringent sanctions against Russian entrepreneurs, and heads of state-owned companies. The Central Bank of Russia subsequently withdrew its reserves from US government securities and transferred them into euro, yuan and yen assets. In January of 2019, it became known that the Bank of Russia cut its reserves in dollars by 101 billion (from 201 billion to 100 billion dollars), RBC reports. By the beginning of autumn 2018, investments in US government bonds, which in 2010 amounted to $176 billion, reduced to $14 billion within the framework of the de-dollarization process.

The head of the Central Bank, Elvira Nabiullina, has repeatedly stated that the bank pursues diversification of international reserves, taking into account all risks, including financial, economic and geopolitical ones.

In the first quarter of 2019, central banks of the world acquired a record amount of gold over the past six years - 145.5 tons, which was 68% more than in the same period of 2018, Bloomberg said.

The main buyers of gold in the reporting period, not counting Russia, are central banks of China, Ecuador, Turkey, Kazakhstan, Qatar and Colombia. The largest sellers of gold are Central Banks of Uzbekistan, Mongolia and Tajikistan. China, like Russia, has been trying to diversify its assets and abandon the use of the US dollar in its economy.