In the morning of August 9, the Russian ruble depreciated against the dollar and the euro. The dollar gained more than 70 kopecks and rose to 66.25 rubles per one dollar as the trading started. In relation to the European currency, the ruble went down to over 77 rubles per one euro. 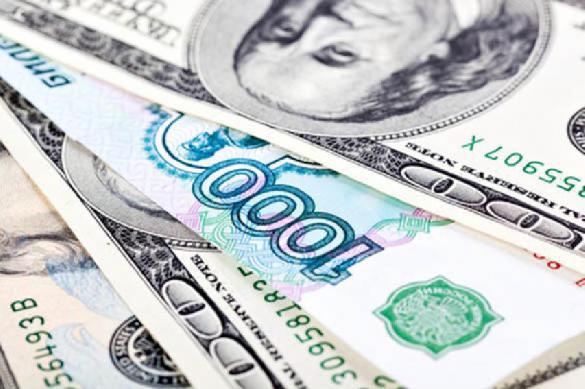 The quotations of Russia's major airline, Aeroflot, declined as well. Compared to the closing price on August 8, the company's shares lost more than eight percent in price, dropping below 104 rubles.

The shares of Sberbank and VTB continued losing their value on Thursday, Aug 9. Sberbank's securities fell by more than four percent and dropped to 184.99 rubles per share. VTB shares fell by 5.52 percent to 0.0432 per share. On the London Stock Exchange, Sberbank's global depositary receipts fell by almost eight percent last night; the same happened to VTB shares - they dropped by 4.57 percent.

Because of the new sanctions, Russian federal OFZ bonds started losing value by themselves as US authorities consider a possibility to prohibit US investors from investing in Russia's national debt.

The fall of the Russian ruble and shares of Russian banks began on Wednesday, August 8, when the news about the new anti-Russian sanctions was unveiled. The new sanctions will make it possible to block accounts and assets of certain Russian banks, including Sberbank, VTB, Vnesheconombank, Promsvyazbank, Gazprombank and Rosselkhozbank.

In the evening of August 8 it also became known that the USA would introduce additional sanctions against Russia on August 22 over the poisoning of former spy Sergei Skripal and his daughter in Salisbury. The new restrictions will affect exports of dual-purpose goods to Russia. If Russia provides no guarantees to the United States that it will not use chemical weapons, Washington may impose more restrictions on Russia, which may ban, inter alia, Aeroflot flights to the United States and denial of bank loans.

Foreign market members continue selling shares of Russian companies and federal loan bonds (OFZ). The ruble has fallen considerably against the dollar and the euro.

During the month following the meeting between Trump and Putin in Helsinki, US senators have submitted five more draft laws to Congress about restrictive measures against Russia. They include sanctions against Nord Stream 2, American IT firms and a bill obliging the US administration to carry out sanctions under the Magnitsky law.