Ukraine's Antonov aircraft maker suggested US President-elect Donald Trump should order Air Force One from Ukraine, a message on the official Twitter page of the company said, TASS reports. 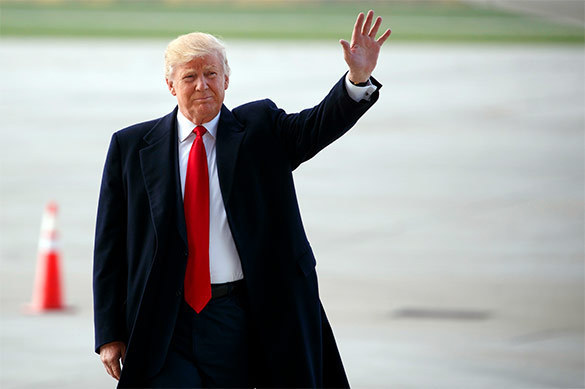 "Maybe it would be better to consider an Antonov aircraft as Air Force One?" the tweet said.

The state-run Antonov aircraft building plant is Ukraine's only developer and manufacturer of cargo and passenger aircraft. The company is best known for such aircraft as AN-32, AN-148, AN-158, AN-74, AN-124, AN-70 and AN-225. The company did not specify which aircraft exactly they would like to propose to the new President of the United States.

Noteworthy, Ukrainian President Pedro Poroshenko flies an AN-148 as the presidential airliner that he chose in early 2015.

In 2016, however, the company has not produced one single aircraft. The company plans to hold an official ceremony to unveil the new AN-132 cargo aircraft in December.

Donald Trump urged Boeing to cancel the construction of the new presidential plane due to the high cost of the aircraft.

"Boeing is building a brand new 747 Air Force One for future presidents, but costs are out of control, more than $4 billion. Cancel order!" Trump said on Twitter.

However, White House spokesman Earnest said that Donald Trump's tweet was inaccurate. Boeing representatives said that the costs for the development of Air Force One would make up $170 million.