French newspaper Les Echos reported that Russia's state-run corporation Roscosmos will would not deliver Soyuz rockets to Arianespace of France. First off, Russia demands the receipt of the funds blocked in connection with the Yukos case. 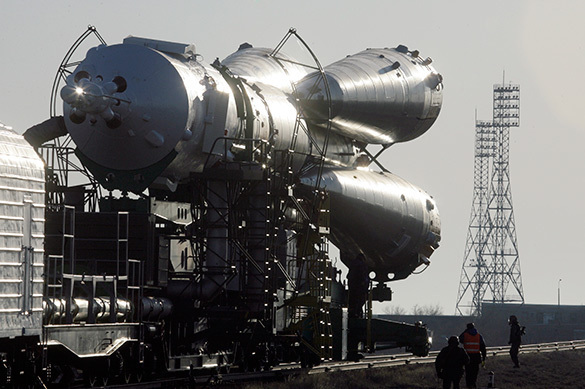 A statement from Roscosmos says that the Russian company will not work for free. "No money - no products," Les Echos quoted a message from the corporation.

It goes about 300 million euros, which Arianespace was supposed to pay to Roscosmos, but the funds were frozen by the Court of Arbitration in The Hague in the case of former Yukos shareholders.

Previously, Roscosmos had won a case in France about the arrest of accounts of the state corporation in the Yukos case. "They acknowledged that our arguments were correct, but we will continue defending our interests," director of communications at Roscosmos, Igor Burenkov said.

On April 11, France arrested $700 million of Roskosmos and Space Communications money in connection with a judicial decision on the case of Yukos.

Interestingly, NASA plans to purchase seats for its astronauts on board the Soyuz spaceship as Boeing and SpaceX seem to be unable to prepare their spaceships on time.

US-based commercial companies Boeing and SpaceX are developing their own manned spacecraft - Starliner and Dragon. The deadline is near, so Houston has decided to consider a possibility to buy extra seats on board Russia's Soyuz. NASA hopes that at least one of the private spaceships will be able to perform operational tasks by the end of 2017 or early 2018. For the time being, one of the six necessary seats on the Soyuz spaceship costs the US nearly $82 million. By 2019, the price will increase.