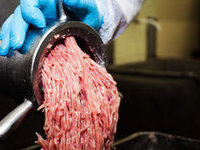 Official spokesman for the European Commission, Enrico Brivio, said that Brussels and Moscow were drawing up an agreement to resume supplies of a number of animal products to Russia, RIA Novosti reports.

"I would not call it an agreement. There were contacts between services of the European Commission and veterinary services of Russian colleagues in Berlin. The results were positive, and they will allow to resume the supplies of certain European products to Russia. For this to be realized, the results of these negotiations will be analyzed during the upcoming days," said Brivio.

In particular, the EC representative mentioned the resumption of supplies of European pork.