Acoording to new reports, Apple is preparing to unveil a new tablet device. 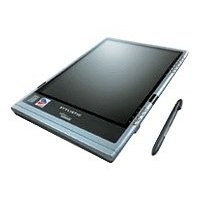 The newest Apple tablet information comes from DigiTimes, a site well-known for reporting on Apple rumors. Citing sources from Apple's component suppliers, DigiTimes says that Innolux, a subsidiary of Foxconn, will be the initial supplier of the glass panels to be used in the tablet.

While DigiTimes has a hit or miss record on reporting rumors, it says that Foxconn will manufacture the tablet. That makes perfect sense, since it is the same company that makes many of Apple's products, including the iPod and iPhone.

One interesting piece of information in the report is that Apple delayed the launch of the tablet because it was concerned about the strength of the glass. DigiTimes says that another Foxconn subsidiary, G-Tech Optoelectronics, will provide a process to strengthen the glass, allowing production to move forward, CNET News reports.

It was also reported, the iSlate – if that is indeed its name – might be revealed to the world at a Jan. 26 event in San Francisco, with shipments by March. And if true, it finally will be transformed from its Bigfoot/flying saucer/”the-Mob-killed-JFK” status, into something that is proven to exist.

And there are other signs a launch is imminent: Taiwanese manufacturing publication DigiTimes reports that Apple has placed an order for more 10-inch display screens from Innolux. That’s an addition to the order Apple placed last spring for screens from Wintek, suggesting that Cupertino expects demand to be greater than originally thought.

The device, with its 10-inch screen, is being characterized variously as a Kindle killer, an iPod Touch on steroids, a netbook blocker, a legitimizing of the Apple ethos for business users, and Steve Jobs’ favorite project. It could be all or none of these things, but the evidence suggests we are tantalizingly close to finding out, Phone Plus reports.

News agencies also report, a mix of the tablet rumors and pleased shareholders sent investors rushing "back to the well" as Brian Marshall, an analyst with Broadpoint AmTech, put it. Having made sizable gains on Apple stock over the year, investors returned to the cash cow, sending shares soaring to a record high -- $213.70, currently, on a volume of 425,330 shares.

It's frosting on the cake for investors that a tablet has been widely predicted by Marshall and other investment analysts. Those analysts point to contacts at hardware suppliers in Asia, which have reported sizable orders on large touch screens from Apple -- perfect for a tablet.

Apple's market capitalization currently sits at $182B USD, more than its rivals Dell Inc. and Hewlett-Packard Co. combined. While Apple sells less computers than the pair (it typically fills in third place on the monthly sales charts), its sales have been growing faster and it also has stronger profit margins and a lucrative revenue stream from mobile electronics. Dell is currently worth $28B USD, while HP has an estimated market capitalization of $124B USD, DailyTech reports.